Hey Creators! Welcome back to my blog! The best place to learn about mindset, the law of attraction and how to SHARE your greatness on social media!

In today’s blog, we’re going to talk about how I manifested money without a job online. And I never believed I would be making a video like this and it feels really uncomfortable, but I still want to give you the 3 LAWS in order for you to do the same.

So by the end of this blog you’ll have the exact 3 laws in order to manifest money online, so make sure to watch it till the end so you won’t miss out on these important steps.

When I understood that I decided “let’s give it a chance”. I believed in the law of attraction and relationships, in attracting goals, in attracting the right people, but I was very sceptical of attracting money. And one thing: I will be completely honest in this video.

You have MANY people who make videos and try to sell you things like how to attract $10.000 dollars overnight or in a week and that you only have to believe that it shall be yours and soon it will be yours, but I don’t like those videos so if you want a honest method listen carefully.

So… I had many (and probably still have) quite some money blocks, or also known as limiting beliefs about money. And talking about money, reading about money and discussing the topics was really a NO GO, especially at home, because… when you grow up as a child… basically all parents and teachers explained that when you want to make money you have to work many hours at a job and we connect “hard work”, “stress” and “money”  to each other. So, that is what I believed as well.

But after I attracted other things into my life, like my goals, a trip with a plane, a relationship and some vacations… I decided it was time to do the same for money.

I read many books and basically it all comes to Money EQ, or emotional intelligence, which is all about HOW you feel about money. Therefore, I have 3 laws you should follow and after you know all these I show you how I did it.

The first tip on how to manifest money without a job online is to remove your limiting beliefs. When you speak, write or read about money… what feelings arise? Being uncomfortable, neediness, lack, anger, hate… or happiness, love and appreciation?

When every time you hear and speak about money you get angry or feel an unpleasant emotion… you probably have some limiting beliefs you need to swap out. When you talk about money you should feel abundance, even if you are earning minimum wage, and feel appreciation… not neediness and anger.

The biggest tip I got for you is to swap out all limiting beliefs you have about money.

All these limiting beliefs generate feelings of anger, disappointment and lack… and that is not what we want. You should feel abundance… because when you feel abundant and opportunities arise, you dare to take action.

The second tip on how to manifest money without a job online is to use affirmations. AFTER you removed your limiting beliefs you created a gap, a vacuum. And this Universe doesn’t like vacuums, so it is time for you to fill in that gap with the right affirmations.

“Using affirmations without first removing your limiting beliefs if like putting whipped cream on rotten food to make it more palatable.”

And that is true.

First remove your limiting beliefs about money, then fill it with the right affirmations.

Think off: “I deserve money, money comes easily to me, I am rich, I am abundant.”

Notice it is all in the present tense, because your mind only responds to the present tense. Don’t say: “In 2021 I’ll have one million dollars.” Doesn’t work. Affirm in the now, because the future is created by who you are and what you do in the now.

What you will notice is that more and more opportunities arise in your life, or synchronicities, who bring you the chance to make money. You’ll start to see investment tips, business tips, money hacks, and especially chances to make money. I don’t believe yet in that when you believe you shall receive money that it will land on your doorstep, but I do believe in the fact that you’ll see more opportunities and that when you TAKE ACTION, you will create abundance in your life.

And this makes you curious to how I manifested $2000 Dollars fast.

One week later that I started scripting I began seeing opportunities in my life… and the first thing I saw was an affiliate program. I never believed in those programs and especially not when you are starting out online… but because I BELIEVED in making money suddenly… I decided to take action and just blog about a product.

I decided to give it a chance but forgot about it… but guess what… after 3 months I received an email from the affiliate program, and they asked me why I didn’t send a PayPal invoice.

I deleted the email because I thought it was a scam, but one day later they asked it again and it was true.

$2000 USD!! And this still blows my mind… making money without a job with a blog online?

You can do this, but make sure to follow the THREE laws I mentioned and ACT on those opportunities! 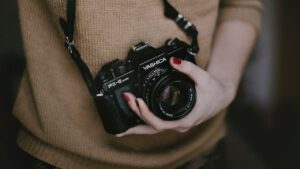 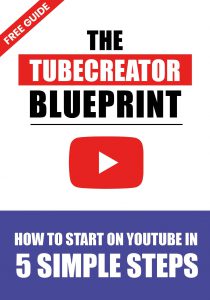 A proven 5-Step Blueprint to start on YouTube without overwhelm. Stop waisting time, money and energy and start inspiring.