When you want to do the things you love, lets say you want to become an artist, the moment you say to yourself “I am going to post a video on YouTube where I sing a song,” your mind will start to say things like “You are not good enough to make a video.” “You don’t deserve attention, fool.” Or something like “You are not Beyonce… stop with singing.”

And those limiting beliefs prevent you from taking action, it prevents you from TAKING the babysteps towards achieving your goals. And taking action is how you realize and manifest your dreams into reality, something I also say in my Law of Attraction video’s.

And personally, I had many limiting beliefs in all the categories of my life. From love, to money to career and friends, and what these limiting beliefs do to you is that they prevent you from success.

They say beliefs are self-fulfilling prophecies, because beliefs result into feeling, feelings into thoughts, thoughts into action and action into results. And when you have completed a cycle like this, it gets stronger and stronger because it is a vicious cycle.

Therefore if you want to overcome your depression and other struggles successfully, you have to learn how to get rid of limiting beliefs and how to successfully install empowering beliefs.

You ALWAYS have the option to choose between letting go of a destructive limiting belief, or to implement an empowering positive belief. Something this article from INLPcenter explains very well.

“Humans emerge from the womb like molten glass from a furnace.” And what he means by that is that we are all born with a clean version of Windows.”

And that our environment, from the moment we are born, programs us, and therefore we are like molten glass. Our teachers, parents and the society we live in can program us to become a Christian, a Buddhist or a Muslim and that directs the whole course of our life.

People who program us when we are young are parents, school, friends and family, society and other authority figures. And the problem is that those PEOPLE aren’t always right in what they program us.

Because they program us with the knowledge they gathered from their parents and it goes on and on. Listen carefully for what I am going to tell you right now:

So now you know that children are in a constant state of hypnosis and are very suggestible for information and the things that happen “to them”, it is also important to understand that not everything that enters the brain of a child is “Good and empowering”. When children download information they always, ALWAYS, download the errors and bugs as well.

And to apply the story to me: I was rejected for most of my life, not good enough for friends, not smart enough, not smart enough to make it in this world, I was an outsider and more of that which caused people to bully me. And because most of this happened during my childhood, I was programmed with the belief that “I was not good enough”, that there was something fundamentally wrong with me, and that belief reflected in my life, my reality… because, life always reflects your beliefs. So we all have many limiting beliefs and errors we have downloaded during our childhood and it is your job to identify them and to become aware of them. Because overcoming limiting beliefs is 90% done when you are aware of them and 10% doing affirmations and using other techniques.

“Money cant come to me easily, I am bad with money, I’ll never become rich, Money doesn’t matter to me, The world is a cruel place, To earn money I have to work very hard, money turns people rotten, money doesn’t grow on trees, you can’t trust others with money.”

These were some limiting beliefs about money, so identify which ones you belief and question them for a few days so you can swap them out for something constructive, and to do that I highly recommend this video about using affirmations to do so. Now it is time for examples of limiting beliefs about relationships:

“I will never find love, I am not lovable, I always get hurt, no one wants me, my relationships just never work out, I need someone else in my life to feel whole, Love never works out for me.” Now some examples of limiting beliefs about work:

“I am a failure, I don’t deserve a better life, I don’t deserve success, things never work out for me, and it is all my parents fault.” Now the last category is about some examples about limiting beliefs about health:

“Everyone gets cancer, getting sick is unavoidable, I don’t deserve to be healthy, everyone in my family is obese, I’ll never lose weight and my body heals slowly.”

These limiting beliefs turn out into SELF FULFILLING prophecies, so become aware of them and swap them out by using affirmations, something I explain very well in another video. Always, always look within when things aren’t working out for you in life.

Wish you an amazing future! 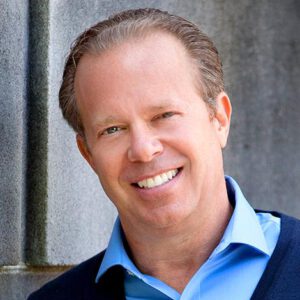 I Tried the Joe Dispenza Evening Meditation for 31 Days (This is what happened!) 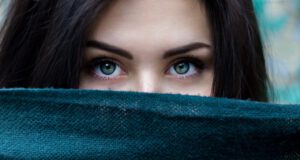 How to Boost your Self Esteem in 17 seconds