WHY NikkieTutorials is BLOWING UP on YouTube (Grow FAST in 2021!)

WHY NikkieTutorials is BLOWING UP on YouTube (Grow FAST in 2021!)

With over 14 million subscribers, NikkieTutorials is one of the fastest growing creators on YouTube. Her 800 videos reach every corner of the globe and impacted many lives.

But why is she blowing up?

And what does Nikki know about YouTube growth, that many of us don’t?

The first reason that NikkieTutorials is blowing up on YouTube is because she understands humor. Humor keeps people watching, because it’s unpredictable and people like to laugh because it feel goods. That results in a very high audience retention, which is very important of you want to reach more people on YouTube.

The second reason why NikkieTutorials is blowing up on YouTube is because she understands branding by association.

Branding by association. It means collaborating with other influencers and big names to get associated with them. Like the moment she collaborated with the world’s most famous influencer: Kim Kardashian.

They used both with networks to gain more exposure.

So my question to you: how can you collaborate with other influencers or someone you look up to in your niche?

The fourth reason why NikkieTutorials is blowing up in YouTube, is because she optimizes her titles. NikkieTutorials makes videos and craft titles that are optimized for humans and not robots… the algorithm is the robot, but YOU should focus on making PEOPLE click. Most people try to make titles for the algorithm and not for humans. Don’t make robotic titles in the hope that the algorithm likes you. You have to know that humans click, robots don’t!

The fifth reason why NikkieTutorials is blowing up on YouTube, is because she really knows her audience. Same place, same person, same intro, same format… people know what to expect when they click on her videos. NikkieTutorials makes videos for one target audience: people who like to be entertained and also love makeup. Nicky speaks to her specific target audience, very directly, and she gives her fans the entertainment, the storytelling and the humor.

3 HACKS to get MORE Watch Time on YouTube FAST!

For all coaches and freelancers

The Ultimate Framework to Get Clients for your Online Business 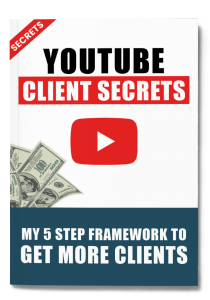 How to get Clients for your Coaching Business

My proven 5-Step Framework to attract clients for your coaching business using YouTube.